On last weekend of August - 27-28 as every year, the Dam at Veltava river has realeased the water. I went there with Stepan Vohradsky and his parents, we have left Prauge at thursday evening so at Friday we were ready for paddling.

I've borrowed Dagger Mamba from Vodak sport and after some morning swimming in lake over the river we went for paddling. Honestly i was a bit scared as i didn't know what to expect and felt uncomfortable in creek.

First run was at not maximum water level yet, so it was a bit different. The upper part of river was really easy consisting just of some small waves. The thing about the river was that it smelled really badly so i really didn't want to make rolls. After upper part there were two small lakes leading to first harder place named "papiernia", looked pretty scary for me but went really smooth, there was nice small wave for playboating thought. It led us straight to "Wrota" (Gate) which i seen at some clips before, We went to scout it as water level wasn't normal - for me it looked really scary but Stepan claimed that it's easy so following his advice i just ran it. Was really great experience thought the water sucked my boat down and only my head was over the water but finally i made it without getting wet head and gate become my favorite part which brings alot of fun. After that there was "Szkwira" place called also Bloody Fingers Section. It was just nasty rapid which we decided to carry thought from down i was comitted to run it next time until i seen Jakub Valenta and Jakub Nemec running it and both getting smashed on rocks with blood fingers result, that has changed my attitude and i didn't want to try it anymore. After this there were few fun places leading to "schody" - stairs.  Which was said to be technique place and which sounded a bit scary for me after hearing the description and line to make there were few jumps but not every one was safe. But as i was  following Stepan  i made it without any problems.All in all i made runs without getting wet even with some great kickflips we throw with stephan on the way - Mamba works great for it! Friday evening was time of huge party with loads of people i was really amazed about amount of them but it was still nothing comparing to what i was going to see next day!

Saturday was day of main race which i attendent for fun also. It was slalom run taking place on papiernia part where you were supposed to touch banners on your way. As i had far starting number i was close to the end but i was too lazy to go and check places of banners and as i wasn't really sure were papiernia starts and ends so it was a bit blind run. Only thing i knew was that i should keep on left to catch small eddy there. When time of my ran came i did -the only one in race- entry kickflip. Then good timing at first 3 banners and straight to papiernia. I seen columns on the way so i know it should be somewhere here. And then on the far end i seen the tent so i was sure the banners are there unfortunetly there was finish! While taking fast run i entered the hole noticing too late that it is THIS hole and missing banner on the left. Tried to catch eddy again and lift myself up for them but it just didn't work so forgetting about right banner which was actually under range of my hand i just went to finish. Came second from end but anyway that was good fun !

The most amazing thing for me was amount of kayakers. I can easly say there were hundreds if not more of them! You could see them everywhere even on the race part! The best thing was that i met my cousins and alot of friends from Poland which made me really happy and actually i figured out that i miss home alot. It has been 4 months now since i left.. But only one more and I will be back!

After four runs of the river we were really tired and went to the camp already preparing for party. Unfortunetly the weather didn't cooperate brining big rain (which luckly finished in the evening but left big mud) and really cold temperature. But it didn't stop people for brining great party!

On sunday I jumped into Stephans boat - one size bigger mamba which felt alot easier and as i felt self-confident i decided to run szkwira part. It went really smooth, i got clean line and almost didn't need to paddle. But i knew that i was lucky - the good line there dependent on pulse of the water and i just got it - alot better kayakers were less lucky.
Good time for me was when we switched with Stepan and i jumped into his all star! That was nice free running with alot of wavewheels, McWaves and kickflips. But still best time i had when we ran the parts with our friends Jan Bubnik, Milos and Tomas Pospisil, picking all different lines and making fun on every places.


All in all it was really great weekend for me with loads of fun and great kayaking. I'm really glad that i went for it and did this runs with friends - kayaking is just awesome in any form! Special thanks for Stepan for babysiting me at water and taking me there! 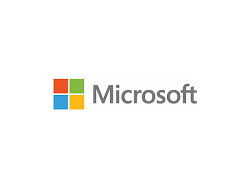